Electroencephalography (EEG) is a non-invasive method to record the electrical activity of the brain. These devices are mostly used to diagnose tumors in the brain, stroke, and other brain disorders. They are also used to record the shifts in mental status or a changed level of consciousness. Alzheimer's disease (AD), dementia, epilepsy, Parkinson's disease (PD), and acute ischemic stroke are key neurological disorders that are diagnosed with EEG. According to the World Health Organization (WHO), neurological and psychiatric disorders are a significant and increasing cause of death. The key factors that rule the growth of the global electroencephalography device market are an increase in the elderly population and a rise in the adoption of EEG devices in surgery centers. Few other factors that contribute to the market's growth include the growing prevalence of neurological disorders such as epilepsy and Alzheimer’s disease. The factors such as restrictions of electroencephalography monitoring and shortage of skilled professionals are creating constraints for the market growth. The Electroencephalography Device Market is expected to grow at the rate of 4.8% CAGR by 2027.

The electroencephalography device market has been analyzed by utilizing the optimum combination of secondary sources and in-house methodology and a unique balance of primary insights. The real-time valuation of the market is an integral part of our forecasting and market sizing methodology. Industry experts and our primary participants have helped to compile related aspects with accurate parametric estimations for a complete study. The primary participants share is given below: 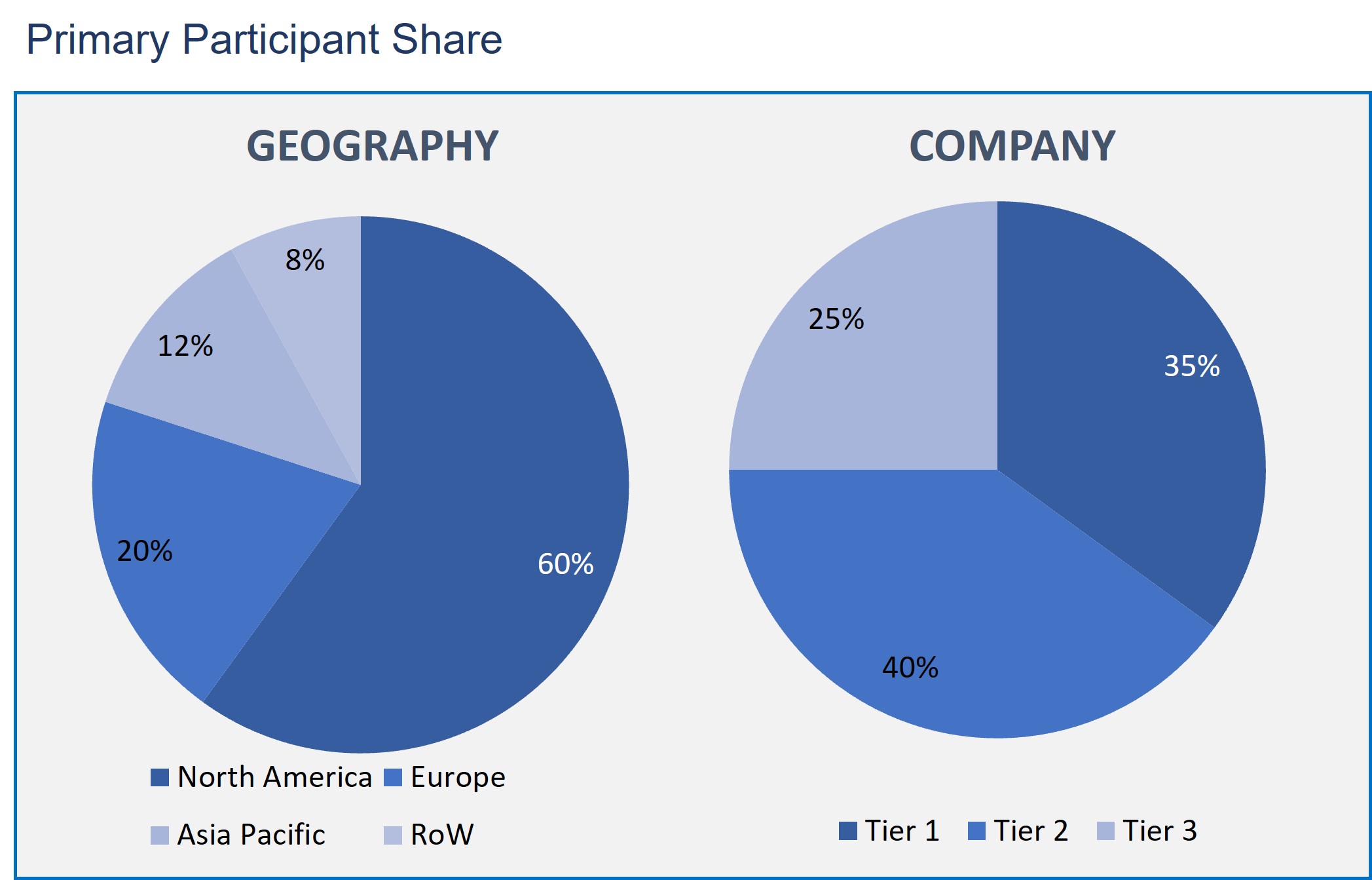 Electroencephalography Device Market based on Product

Electroencephalography Device Market based on Type

Electroencephalography Device Market based on End Use

Electroencephalography Device Market based on Geography

As per the electroencephalography device market based on product, the 32-channel EEG segment has registered the major share in the market growth. This is due to the technological advancements in the 32- channel EEG, and its significant adoption by healthcare professionals are the key factors contributing to the segment’s major share.

As per the electroencephalography device market by type, standalone EEG devices have held the dominant share in the market growth. As standalone EEG devices are systems, which are fixed or implanted at a specific place. Such devices are majorly used in hospital settings and consist of hardware and software solutions that will allow physicians to illuminate the results efficiently. Moreover, an increasing number of patients have been being admitted to hospitals to treat neurological diseases such as tumors, cerebral palsy, strokes, and other diseases. Thus, the above-mentioned factors are driving the segment growth.

Owing to the increasing number of patients suffering from traumatic brain injuries, epilepsy, and other neurological disorders, the hospital segment has been exhibiting a maximum share in the market for electroencephalography devices by end-use. In addition, increasing emphasis on the development of healthcare infrastructure in developing countries of the Asia Pacific and Africa accelerates the segment growth.

In the geographical analysis of the electroencephalography device market, the North American region held a substantial share. This share is attributed to the increasing incidence of sleep and neurodegenerative disorders, along with the availability of insurance are key factors contributing to the regional growth.

The global incidence of neurological disorders, such as epilepsy, dementia, Parkinson’s disease, headache disorders, Huntington’s disease, multiple sclerosis, neuroinfections, stroke, and cerebral palsy, have grown predominantly over the years. Brain disorders, which consist of a combination of developmental, psychiatric, and neurodegenerative diseases, are an increasing cause of deaths across the world. This can vitally be ascribed to the growing elderly population. Hence, the increasing incidence of these neurological disorders has increased the prominence of electroencephalography devices to monitor brain and neurological functions, which eventually augments the market growth.

As a result, the rising awareness about the various brain disorders among people has driven them to brain diagnosis. The lifestyle of individuals has changed that given rise to various disorders associated with neurological. Thus, it increases the significance of electroencephalography devices which are widely used to diagnose neurological disorders.