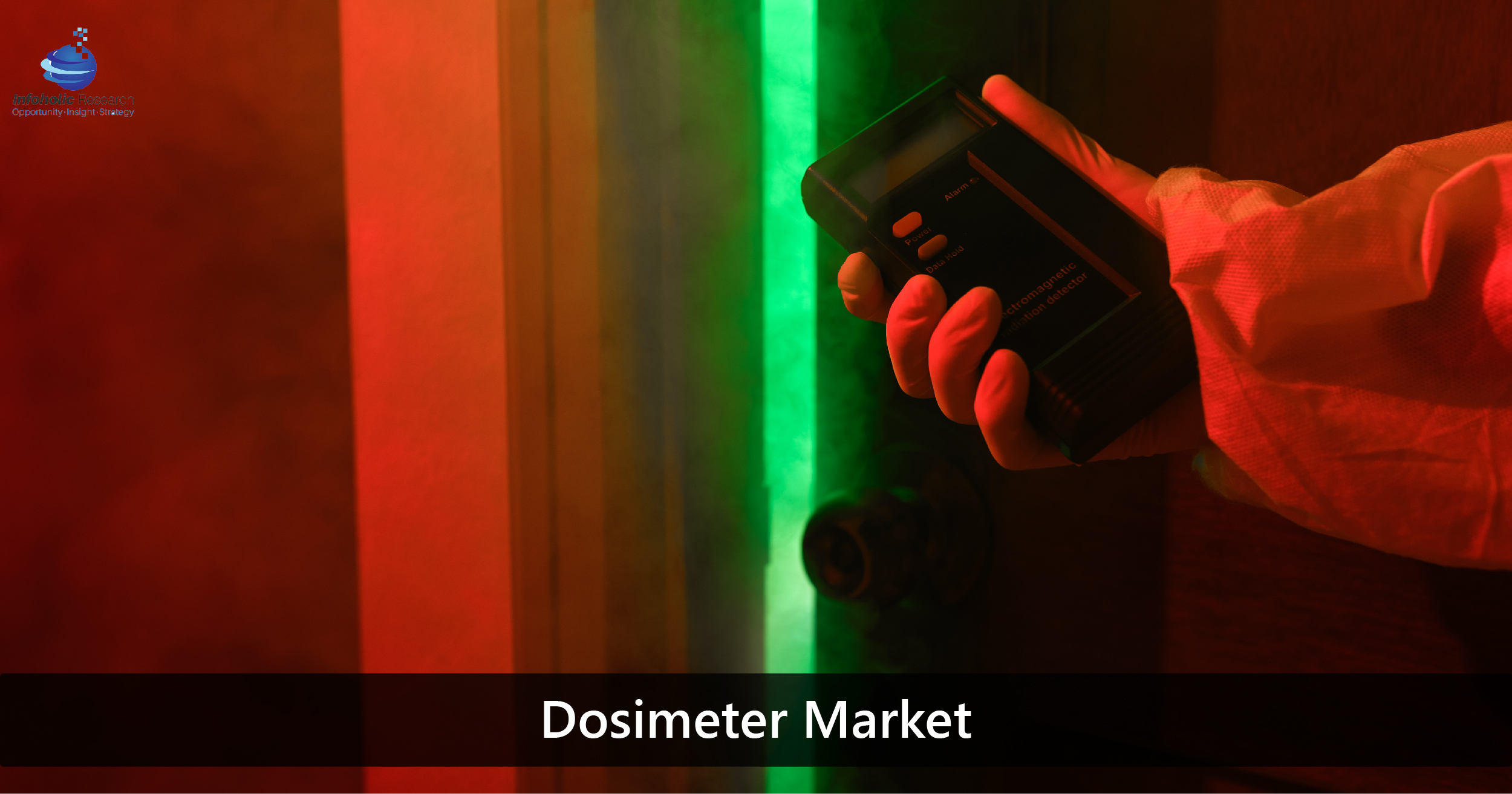 Dosimeters are analytical instruments used to measure the amount of energy released by ionizing radiation. In healthcare, it is used to quantify the effective dose received by the human body from exposure to harmful ionizing radiation. Dosimeters contain phosphor crystals that capture electrons released by different sources of harmful radiation. These take the form of wrist bands or small badges worn on the body for measuring harmful radiation’s dosage that has been exposed to the wearers over a significant period. The global dosimeters market will grow at a CAGR of 6.8% with a base value of $2.92 billion in 2020 to $4.36 billion in 2026 during the forecast period of 2020-2026. The growth will come due to easy accessibility for software and cost-effective service for analysis, which helps to provide valuable insights and solutions to enterprises. 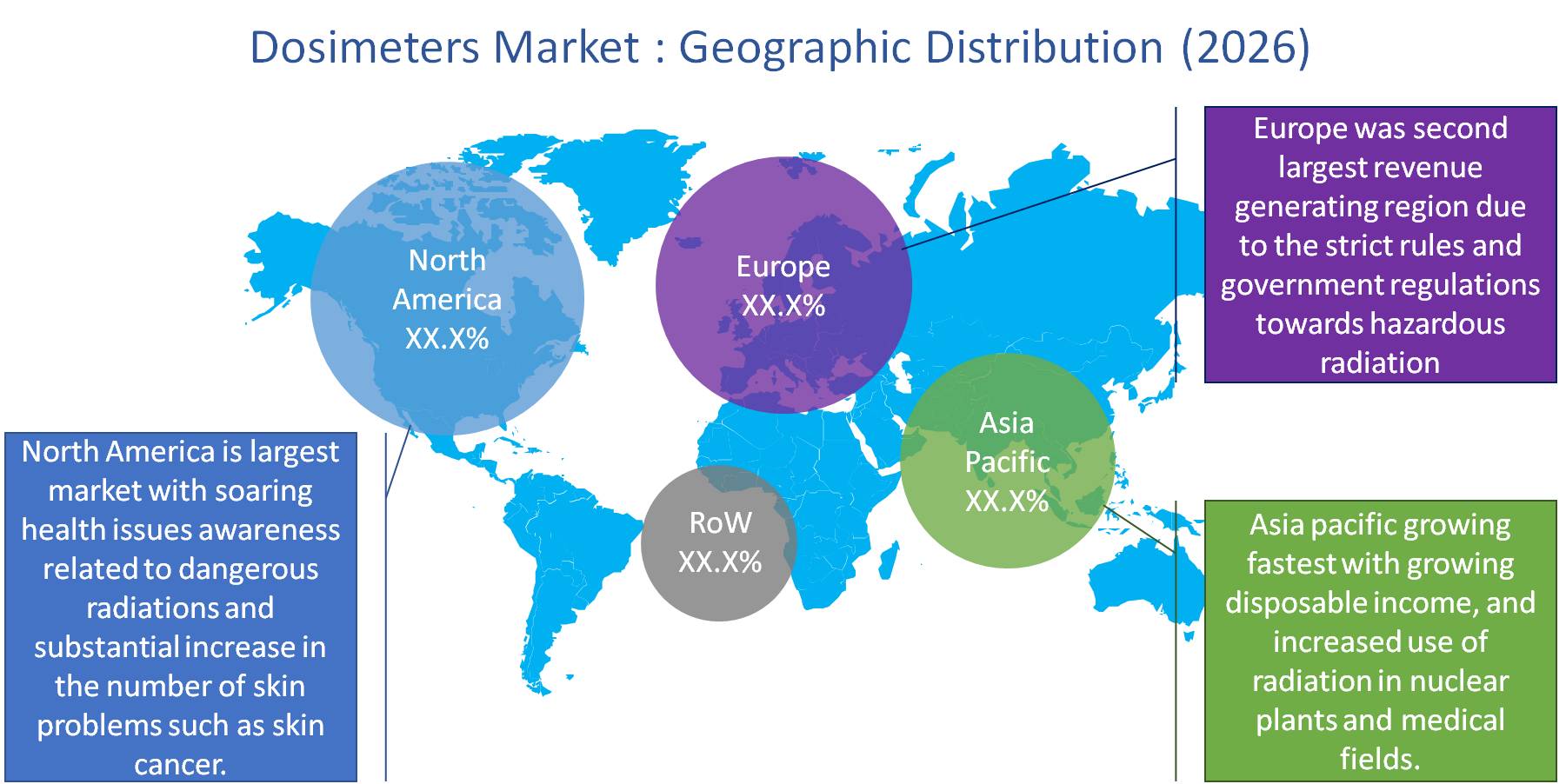 Below mentioned is the scope of the market analysis of the Dosimeter Market: -

Based on technology, Optically Stimulated Luminescence (OSL) Dosimeters, Colorimetric Tubes, Thermoluminescent Dosimeters (TLDs), Electronic Dosimeters, Sorbent Tubes, and Others. These technologies play an important role to develop high-quality Dosimeters. The demand for these technologies increases due to a significant increase in the use of radioactive materials in areas such as industrial processing, power production, security sector, and medical research and processing, which has heightened the requirement for hardware offering assurance against radioactive radiations.

The market segmentation based on the end-use is Environmental, Medical, Defence, Waste Management and Homeland Security, Industrial, Oil and Gas, mining, and others. Technological innovation in these segments has led to the development of more accurate detection gadgets which, has prompted the introduction of economical, portable, and durable devices. This further augments the growth of the given market. For example, the availability of dosimeters such as Electronic radiation measuring instruments, automated reader instruments, thermoluminescent dosimeters (TLD), and alarm badges are expanding the scope of these applications across rising economies.

Based on the device, the market is segmented into active and passive dosimeters. The active dosimeters are very well suited for the issue to site the visitors, and they also provide reading over an extended energy range. The passive dosimeters such as Thermoluminescence Dosimeters (TDL) and Optically Stimulated Luminescence dosimeters (OSLD), keeping into account its low upfront costs, are also observing a considerable adoption in this market.

Geographically the dosimeter market is spread over Asia Pacific, North America, Europe, and the rest of the world. This market was dominated by North America, owing to the soaring awareness toward the health issues caused by the dangerous radiations and substantial increase in the number of skin problems such as cancer. The increasing demand across various multiple end-user industries such as industrial, defense, and healthcare are expected to drive a remarkable share of the dosimeter market. The US is taking measures to reduce the thermal power dependence by constructing five nuclear power plants having a combined capacity of 6000 MW in South Carolina and Georgia. These projects are still under construction. Hence it is expected to increase the demand for radiation detection and monitoring devices across the region. The strong emergence of the dosimeter market is also witnessed in Europe due to the strict rules and government regulations towards hazardous radiation. This market is also expected to grow in Asia during the forecasting period due to the increased use of radiation in nuclear plants, medical fields. Other than that the increasing awareness is also contributing to the growth of this market in this area.

The harmful radiation used in the cancer treatment where the increased intake of radiation may cause endanger for the life of the person; hence, the requirement of dosimeter is increasing for measuring the radiation. In addition, the rising number of nuclear power plants is providing the scope for market growth.

This report will provide useful insights to the market players regarding the market dynamics, dynamic needs of end-users, and key market trends.