Overview of the Pacemakers Market

Infoholic’s market research report predicts that the global pacemakers market will grow at a CAGR of 7.8% during the forecast period 2018–2024. The major drivers of the market are the growing aging population, increasing prevalence of cardiovascular diseases, and good reimbursement facilities are few of the factors driving the pacemaker market growth. Increase in healthcare spending, use of electronic health records for monitoring outcomes of pacemakers, and increase in the number of outpatient procedures are providing an opportunity for the growth of the market. However, side effects of pacemakers, alternatives for pacemakers, lack of skilled healthcare professionals, and stringent regulatory approval process will hamper the growth of the market.

New product development, geographical expansion, collaboration, mergers & acquisitions, and pricing strategies are vital for players in this space. For instance, in May 2018, MicroPort, a Chinese company acquired the cardiac rhythm management segment of the LivaNova company, which has made MicroPort a prominent player in the market. In January 2017, one of the major players in the market, St. Jude Medical was acquired by Abbott Laboratories for a total of $25 billion. This acquisition has strengthened the Abbott’s position in the cardiovascular segment and increased its market share. The convenience of reimbursement for the pacemaker implantation treatment has lessened the monetary load on patients, thus prompting the procedure rate of such devices. For example, a single chamber pacemaker device costs nearly $10,000, and almost $7,500 is compensated under the US Medicare plan. Reimbursement settlement plans are available in most of the regions, particularly in developed nations such as the UK, the US, and Canada.

Some of the Pacemaker Market key vendors are:


Other vendors in the global pacemakers market are Lepu Medical Technology Co. Ltd., Medico, S.p.A, Osypka Medical GmbH, Sree Pacetronix Ltd., and SORIN Group are the other predominate players in the pacemakers market.


Cardiologists generally recommend the use of single chamber or dual chamber pacemakers bestowing to the medicinal requirement of the patient.


The hospitals dominated the market in 2017 due to the good reimbursement facilities and availability of skilled professionals and is expected to continue the same during the forecast period.

The report provides detailed information about the usage and adoption of pacemakers in various regions. With that, key stakeholders can find out the major trends, drivers, investments, and vertical player’s initiatives toward the product adoption in the upcoming years, along with the details of commercial products available in the market. Moreover, the report provides details about the major challenges that are going to have an impact on market growth. Additionally, the report gives complete details about the business opportunities to key stakeholders to expand their business and capture the revenue in the specific verticals. The report will help companies interested or established in this market to analyze the various aspects of this domain before investing or expanding their business in the pacemakers market. 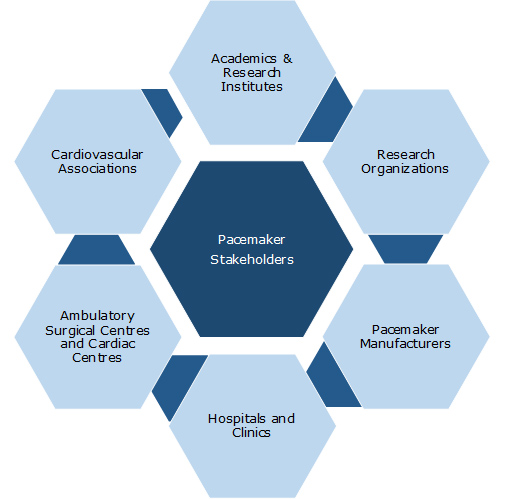 5.1.2.2    Use of Electronic Health Records for Monitoring Outcomes of The Pacemake

5.1.2.3    Increase in the number of outpatient procedures