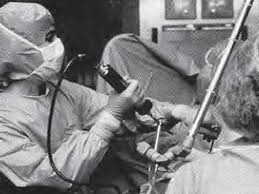 Until comparatively recently in the history of surgery, major operations have usually involved making a large incision through the body wall to expose the underlying injury or disease and to enable surgeons to deal with the problem. And, of course, the surgical wound itself has its own problems; pain, wound healing, infection, break-down, an ugly scar and more often a longer stay of duration at the hospital

Not to forget that advances in other fields also have enabled surgeons to develop new, often more effective and less aggressive techniques. Surgeons have always led this field in picking up some new and interesting discoveries and applying it to the benefit of their patients. 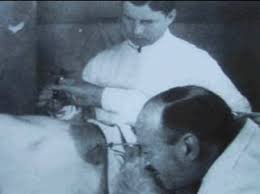 A very good example of this is that, as soon as it had been found that Edison’s discovery of the electric bulb can be miniaturised to the size of a little finger nail, Max Nitze, a surgeon in Vienna, patented a cystoscope illuminated by this means and carried out the first successful examination of the interior of the bladder in 1879. He went on to develop a snare and a cautery in conjunction with his cystoscope, which he used to avulse or cauterise benign papillomas of the bladder. By 1905, he reported a successful series of ~270 patients thus treated.

Over the decades, surgeons developed a series of ingenious instruments to deal with bladder and prostate conditions. The most popular of these was the diathermy cutting loop invented by Joseph McArthy from New York, which enabled the surgeons to perform the transurethral resection of the prostate (TURP).

The main problem with endoscope, being made of metal, was that they were rigid, making it impossible to negotiate the instrument through anatomical or pathological tortuosities. Also, the pressure of the rigid instrument, for example of the oesophagoscope against the adjacent rigid cervical vertebrae, was resulting in perforation. And we all know that, the illumination produced by the tiny electric bulb, was though adequate but was far from being brilliant!!

The revolutionary advances in minimal accessive surgery were made by the father of fibre optics and fibroscopy, Harold Hopkins. His first major discovery was a zoom lens, after which his brilliant discovery came, and that was the development of the fibroscope-light projected through bundles of fine glass rods, which transmitted a powerful light beam with no heat and with high resolutions of fine detail. This system was patented in 1959. 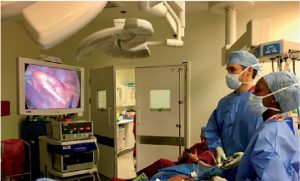 The patent was bought by an optical company in Germany, and the commercial manufacturing of this endoscopic instrument lit by this system started in 1967. This marked the beginning of the “Key Hole Surgery”. Later, major improvements were also made such as the projection of the surgeon’s view, greatly enlarged, onto an optical screen, where it can be viewed, not only by the operator but also by the entire surgical team, and above all being recorded for teaching purposes.

This instrument was first taken up by gynaecologists, who were already familiar with rigid metal scopes for tubal surgery procedure. However, the first general surgical procedure performed using this device was cholecystectomy by Eric Muhe in Germany in 1985, followed by Phillipe Mouret in France in 1987, Alfred Cuschieri in Scotland in 1988, and by David Rasin in London in 1989. Unfortunately, many surgeons who retired in 1989 were not able to use this superb technology, but they watched their younger colleagues with great admiration and a good deal of envy.

In the 1990s, the Laparoscopy surgery rapidly extended to other abdominal procedures as well and being greatly used in bariatric surgery – the surgery for pathological obesity. With the introduction of the da Vinci surgical system at the beginning of the 21st century, this technology advanced further. Now the surgeon sits at a control console directing two robotic arms and hands, capable of a larger range of movements than that of the human hands with complete absence of any kind of tremor. The surgeon controls and observes the surgery on the TV screen to perform complex abdominal, pelvic, and thoracic surgery, for example, radical prostatectomy for carcinoma of the prostate.

Another extraordinary development is intravascular stenting. It is now possible, under x-ray control, to pass a probe along a periphery artery, commonly the femoral, thread along with a plastic tube and intubate a major aneurysm, such as one of the iliac arteries or the aorta itself, a procedure that previously would have involved a major open surgery.

So, the big questions are, will the “open” surgery be going to disappear? Well, major traumatic incidences will still happen, so a bullet or metal rod tearing through the abdominal or thoracic cavity, with major visceral damage, or a case of compound fracture, a major haemorrhage, a patient needing a major open-heart surgery, reconstructive plastic surgery, etc., will still need an open surgery, but who can tell?, So, let’s be prepared and get ourselves upskilled with the minimal access surgery knowledge to sustain in the future!!

As transformation from laparoscopy surgery to robotic surgery takes place, there might be new ways to handle the other various open surgery procedures. So, for the medical graduates and surgeons who have previous laparoscopic experience the upskilling with respect to minimal access surgery techniques, equipment, and procedures will allows them to work with greater meticulousness and accuracy. According to a research study, surgeons need about 80 hours of training to learn the manual method of laparoscopic suturing. However, this learning time can be cut dramatically to about half-an-hour with robot-assisted minimal access surgery with new techniques such as 3D modelling and supervised machine learning. This upskilling can also help treating doctors to treat their patients better, faster, and with a higher rate of accuracies.